This is huge. I’ve seen it too many times.

Divorce drags on for months, sometimes years, in Arizona. And there inevitably comes a time when the woman is just so worn down, so exasperated, so ready to move on, that she’ll simply cave and accept whatever her soon-to-be-ex is putting on the table.

Let me explain why.

A tale of two incomes

Actually, this is a tale of three incomes.

First, there’s the husband. In the cases I work on, he’s been making a lot of money, for a lot of years. So there’s a lot of community property to divide.

Then there’s the wife. For some women, they’ve already got advanced degrees, previous careers, and powerful future earning potential.

For those women, divorce is bad—it’s always bad—but it’s not devastating, financially. They can simply return to the workforce and carve out their own economic futures.

Which leaves us with all the other women. The majority. The stay-at-home moms. The minimal earners.

These are my clients.

If you’ve been a homemaker all this time, devoting your energy to the kids and not your career, divorce can be like going over a financial cliff. You’ll need to get back on your feet financially, but you’ll need to buy time, quite literally, from the settlement.

This is not a time to toss your hands up and give in.

Too many times, I’ll see attorneys advise clients to just “split the difference” from what the husband has offered, even if it’s a, excuse me, crappy offer.

To which I always say, “Split the difference… of what?”

You’ve got real expenses going forward. (I’ll help you calculate, and project, them all.) If the husband’s offer has no basis in reality—compared to the hard numbers I’ll help you figure out—then “splitting the difference” is meaningless. In this regard, I’m a great asset not just to you, but to your attorney as well. I’ll arm you both with negotiating leverage.

Real-life example: I had a client whose husband had a business, and wanted to buy out the wife’s share as part of the divorce. So far, so good. And he wanted to make monthly payments to her for it. Fine.

But he never factored in interest on those payments.

Think about it. If he’d given her half the business’ value, up front, that’s one thing. But by paying her just a little each month, she’s effectively giving him a loan on that amount. He was trying to get that loan, interest-free.

This might sound like nickels and dimes, but it’s anything but. If that business is worth, say, a million dollars, then a reasonable interest rate (say, five percent) on half of that is $25,000 per year that would’ve been left on the table! And, in the meantime, he is earning much more from the business.

I won’t steer you wrong

Different personality types and relational dynamics play into this, too. If the husband is a controlling type, and the wife tends to be submissive, it can be hard for her to change course all of a sudden.

Another angle: If the husband’s a business owner, he’s spent his entire career fighting for every dollar. For you, that might feel alien. Uncomfortable. It doesn’t seem right—it might make you feel guilty—to suddenly fight for money. But when it’s time, I’ll tell you.

I’ll also tell you when it’s not time. For example, child support in Arizona is so small, that it’s often not worth the expense of fighting for more. But for, say, spousal maintenance, I’ll always do right by you. For example, I won’t let you make a concession without getting something in return for it.

Last thing. I’ve done this for lots of women like you. I’m divorced myself. So I also provide the moral support to help you understand what’s right, to give you the courage and the stamina to tough it out through this war of attrition, and only say “yes” when it gets you what’s equitable.

Let me help you. 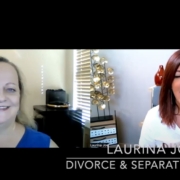 How Will Divorce Affect Me Financially?

Five Steps to Protect Your Credit Score During a Divorce 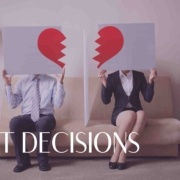 How to get your fair share of your husband’s business

You hate numbers. I love them. 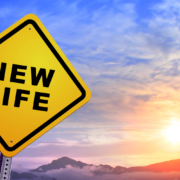 You’re liable to be liable
0 replies