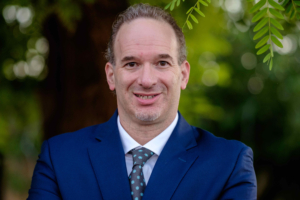 Going through a divorce can be one of the most emotionally and financially trying times in your life. The best way to minimize the challenges on the horizon is to know what the process is ahead of you so that you can chart a roadmap to the beginning of the new chapter in your life.

One party must initiate the divorce by filing with the Court and serving on the other party a Petition for Dissolution. At the same time that the Petition for Dissolution is filed, several other associated documents are also filed, one of which is a Preliminary Injunction that among other things prevents either party from removing anyone from health insurance coverage and disposing of any community assets.

After being served with the initial paperwork, a party has 20 days to file a Response with the Court that admits or denies the allegations and requests for relief as set forth in the Petition. This is also the time to allege any additional facts and make any specific requests for relief that the responding party is asking for.

In some instances, either or both of the parties will file a Motion for Temporary Orders requesting that the Court set a hearing and issue temporary orders regarding such things as parenting time, child support, and spousal maintenance on a temporary basis while the divorce is pending. It should be noted that the temporary-orders hearing will many times not occur for two to three months. As such, I refer to this period as the “Wild West” for parties with children—since, without any orders from the Court, neither side has a superior legal right over the other to determine what temporary parenting time should be. This results in a lot of conflict if the parties cannot amicably agree to something in the interim.

Once each side has filed their initial pleadings, the discovery phase of the case starts. Within 40 days, each party is supposed to prepare a Disclosure Statement setting forth your initial facts, legal theories, and evidence that you plan on using. Additionally, parties may propound discovery requests such as written interrogatories, request for production of documents, request for admissions, and the taking of depositions. This portion of the case is designed for the parties to obtain all of the information necessary to either reach a settlement in good faith or begin preparing arguments on the issues in dispute for trial.

The first court hearing will typically be several weeks from the date of the filing of the Response and will be called a Return Hearing or a Resolution Management Conference, depending on whether or not a Motion for Temporary Orders was filed. Both hearings are essentially scheduling conferences where the Court will set a date for a temporary orders hearing (if requested) and a trial date. If the Court finds it appropriate or if the parties agree, the Judge will also set a date for mediation and require that a child or children of suitable age be interviewed by a professional regarding their wishes in relation to parenting time.

Mediation can be in the form of a settlement conference, which is typically held either before a court commissioner or a private family law attorney with the parties and their counsel present and/or a parenting conference which is with a court professional (the same person who may interview the children) who deals solely with the issues relating to any minor children.

On the other hand, a parenting conference provider will issue a report to the Judge detailing the parties’ positions and typically provide a recommendation to the Court regarding the issues related to the children if the parties do not come to an agreement.

Of course, the parties are free to settle their case at any time, even minutes before walking in for a trial. If the parties do not come to a full agreement prior to trial, the Judge will make a ruling. On average, it typically takes six to eight months from the start of a divorce case to get to a final trial. After the trial, the Judge has up to 60 days to issue a ruling, although they typically will issue one much quicker, even sometimes in court at the conclusion of the trial.

This general understanding of the divorce process will help in preparing you for the road ahead and hopefully ease some of the anxiety and stress that inevitably accompanies such an endeavor. The good news is that there is light at the end of the tunnel and you just need to be focused on getting there.

Jason Pistiner is a lifelong Arizona resident with close ties to the community.  Jason grew up playing ice hockey and still plays in an adult league to this day.  He is the father of two great children who occupy most of his free time.

Jason attended the University of Arizona for his undergraduate studies, receiving a Bachelor of Science and Business Administration in Management Information Systems in 1998.  Jason returned to the valley to attend the Sandra Day O’Conner School of Law at Arizona State University, receiving his Juris Doctor in 2001.

Jason started his own law firm in 2002 and partnered with his longtime friend Robert Singer to form Singer Pistiner, P.C. in 2004.

Jason offers a personalized approach to the practice of law, providing his cell phone to all of his clients so that he can be easily reachable. Jason believes in exercising the highest ethical standards and will always tell the client what they need to hear, not what they want to hear.